Family Educational Rights and Privacy Act (FERPA) afford students certain rights with respect to their education records. These rights include:

(1) The right to inspect and review the student’s education records within 45 days of the day the school receives a request for access. A student should submit to the registrar, dean, head of the academic department, or other appropriate official, a written request that identifies the record(s) the student wishes to inspect. The school official will make arrangements for access and notify the student of the time and place where the records may be inspected. If the records are not maintained by the College official to whom the request was submitted, that official shall advise the student of the correct official to whom the request should be addressed.

A school official is a person employed by the school in an administrative, supervisory, academic or research, or support staff position (including law enforcement unit personnel and health staff); a person or company with whom the school has contracted as its agent to provide a service instead of using College employees or officials (such as an attorney, auditor, reporting or collection agent); a person serving on the Board of Trustees; a student serving on an official committee, such as a disciplinary or grievance committee; or a person assisting another school official in performing his or her tasks.

(5) The right to file a complaint with the U.S. Department of Education concerning alleged failures by the school to comply with the requirements of FERPA. The name and phone number of the office that administers FERPA is the Registrar.  Lynn Kuser-Trader BSN RN 410-891-2517 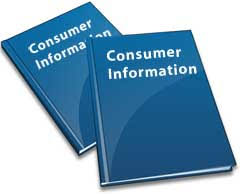