Board of Registered Polysomnographic Technologists (BRPT)

The BRPT is an independent, non-profit certification board that seeks to cultivate the highest professional and ethical standards for polysomnographic technologists by providing an internationally recognized credential.

American Board of Sleep Medicine

The American Society of Electroneurodiagnostic Technologists, Inc. [ASET] is the largest national professional association for individuals involved in the study and recording of electrical activity in the brain and nervous system.

CCI is a not-for-profit corporation established in September 1988, for the sole purpose of administering credentialing examinations as an independent credentialing agency. CCI is the resultant corporation of the merger of the testing components of the National Alliance of Cardiovascular Technologists (NACT), the American Cardiology Technologists Association (ACTA) and the National Board of Cardiovascular Testing (NBCVT). CCI represents the summation of testing processes for the cardiovascular professional that began in the 1960’s. 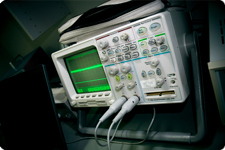